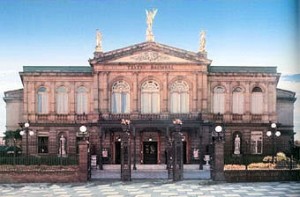 Ticos, as Costa Ricans are commonly known, are famous for being hospitable, and are quite happy to live up to their reputation. They are a polite, well educated and gregarious people, who are quick with a handshake and a smile.

They are well aware that their country is a special place, and they go out of their way to accommodate visitors, pointing them in the right direction when they get lost, explaining things that might seem foreign to a foreigner, and helping make their stay as enjoyable as possible.

It has been said the Ticos are their nation’s greatest asset, and once you’ve experienced their friendliness and spontaneity, you’ll no doubt agree.

Spanish is Costa Rica’s official language, but enough people speak English so that travelers who don’t speak any Spanish have no problem getting around. In fact, English is the first language of many families on the Caribbean Coast. Though the language isn’t necessary for exploring the country, Costa Rica is an excellent place to study Spanish, with language schools in the capital and several beach towns.

An important aspect of Costa Rica’s cultural heritage is their love of peace and democracy. Ticos like to point out that their nation is the exception in Latin America, where military dictatorships long dominated politics.

They can boast of having more than one hundred years of democratic tradition, and almost half a century without an army.

The army was abolished in 1948, and the money the country saves by not having a military is invested in improving the standard of living for Costa Ricans, which has fostered the social harmony that makes it such a pleasant country to visit.

Though one hardly travels to Costa Rica for its museums, it would be a shame to go there and not visit any of them. Small museums can be found all over the country, many of them within national parks, and several located in and around the capital. The following is a sampling of the country’s most popular museums. Unless otherwise indicated, all museums close Mondays.

Housed in a former fortress on a hill in San Jose’s old quarter, the National Museum contains informative exhibits about the country’s ecology, pre-Columbian cultures and the history of Costa Rica. Located on Calle 15 between Avenidas Central and 2.

This extensive museum is housed in «La Fortaleza», a former penitentiary on the northern edge of San Jose. It contains a variety of exhibits for children, covering such subjects as Costa Rican history, ecology, science and technology. The Fortaleza also houses an art museum, which has temporary exhibits. Located at the northern end of Calle 4 in San Jose.

With nearly 6,000 pieces, this permanent exhibit is a treasure trove of pre-Columbian jade, ceramic and stone artifacts. It is located near La Plaza de la Democracia, in the heart of San Jose, and consequently affords spectacular views of the capital and surrounding volcanoes. Closed weekends.

One of the largest collections of pre-Columbian gold in the Americas is beautifully displayed in this underground museum, hidden beneath the Plaza de la Cultura, in the heart of San Jose.

An extensive collection of Costa Rica’s stamps over the years are featured in this small museum, located on the second floor of the Central Post Office, Calle 3 between Avenidas 1 and 3. Closed weekends.

This small museum honors the national hero Juan Santamaria, a soldier who lost his life in an act of bravery during a battle against William Walker, a US freebooter who invaded Costa Rica in 1856. Located in Alajuela, Santamaria’s birth place, one block north of the Central Park.

An overview of the country’s best painting and sculpture, showing development from the post-colonial era till the late 20th century, this museum occupies the country’s original airport terminal, on the western end of San Jose.

There are some interesting paintings and statues from the colonial era in this small collection, housed in an annex to the scenic colonial church of Orosi, down the hill from Paraiso, east of Cartago. Closed Sun & Mon.

The arts are alive and well in Costa Rica, where dozens of galleries exhibit work by local artists and a similar number of theaters host regular plays, dance performances and concerts.

The National Symphony Orchestra is excellent, performing affordable concerts in the beautiful National Theater at least once a month from March to December. There are also regular concerts by visiting artists throughout the year, an International Arts Festival in March, a music festival in January and February, and an International Music Festival every August with concerts in several lovely resorts.

Latin American music can be heard everywhere, from bars and restaurants to buses and streetcorners. Most plays are performed in Spanish, but there is one English-language theater group, and dance is a language unto itself. Likewise, the paintings and sculptures exhibited in the country’s galleries need no interpreters.

Information about current cultural events can be found in the newspapers.